Today's Chanel show was everything and more than what we were expecting. The gloomy invite primed invitees for the dark, almost post-apocalyptic tone that altogether felt more Rick Owens than Karl Lagerfeld. Though the roots of this collection can be traced to the Spring/Summer 2011 show (remember Marienbad?), silhouettes felt more inspired by couture-meets-street styling that only the young fashion set attempts. Drawing inspiration from German painters and writers at the close of WWI (a time when most people thought the world WAS indeed ending, at least in Berlin, and something that also explains the clunky boots), the Kaiser blended some Coco classics with his own Germanic roots. An ashy, dusty, and mostly colorless scheme was paired with distressed and motheaten garments, most layered hastily over one another, as if one were trying to wear as much as possible out of the house before, who knows, the volcano erupted. While probably not pleasing to the more mature set, Chanel's younger fans will no doubt fully embrace the spirit of the collection. Below are the soberest looks, however this show isn't for the faint of fashion. 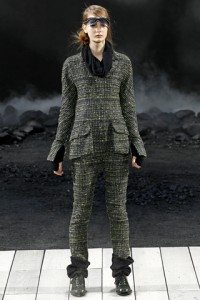 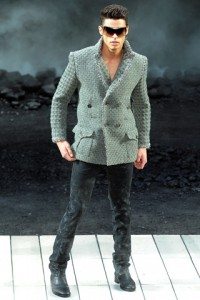 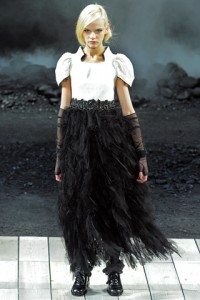 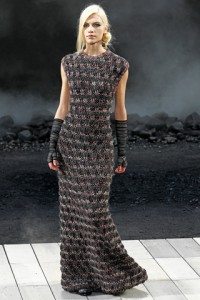 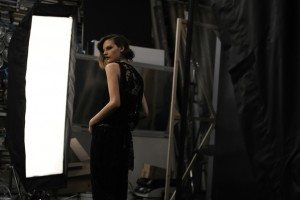